Your trusted partner, for more than 40 years!

QUALITY AND SERVICE: Our two reasons being.

Daily, we strive to be a reliable and competitive source of supply, combining customer service and technical knowledge for all of our customers. We are a local company, well rooted in the eastearn Canada economic. Our main goal is the to preserve and create values for our customers.

We make sure that our customers receive high quality products and service.

For more than 40 years, we have been serving manufacturers and installers of staircases, kitchen cabinets, cabinet makers, contractors, renovators, manufacturers of furniture, floors, doors and windows, and more, every day.

Our qualified staff are present Monday to Friday, 8:00 a.m. to 5:00 p.m. and we offer next day delivery for most regions of Quebec and Ontario.

Where are we comming from 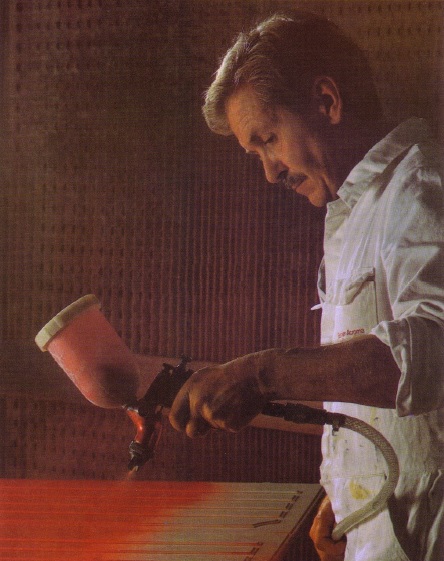 1976 – Mr. Jules Lussier and his wife, Ms. Solange Lussier buy a glue distribution network and officially found the company’s bases in Sainte-Cécile-de-Milton, in the Granby region.

When it first started, the company was known as Colle Royale enr. and then offers only one product, Colle Royale 404. From its humble premises of 500 square feet, it then serves around forty manufacturing companies and hardware stores.

1978 – The company expands its distribution by adding abrasives for wood.

1981 – Abra-dhesif Inc. experienced significant growth during this period. The two sons of Mr. Lussier, Daniel and Germain therefore decide to join the team. Little by little, they will learn the basics of the trade and later take over the reins of the business.

The company then changes its name to better represent its product offer and officially becomes Abra-Dhésif Inc.

1985 – Still with the idea of ​​expanding the range of products offered, Abra-dhesif began distributing finishing products for wood and screws.

1988 – After several months of research and development, Abra-Dhésif puts on the market its famous Royale wood pulp.

1999 – The company thinks big and moves its facilities to St-Bruno-de-montarville. The company then became the owner of a building totaling approximately 16,000 square feet.

2010 – The company is bought by Mrs. Louise Lecours and Mr. Pierre Aubin and then knows a new breath.

2018 – The company is, once again, transferred to new shareholders: Mr. Simon Dion Carter and Ms. Emilie Buys. They will have the pleasure of being in command of Abra-dhesif Inc.

Today – Abra-Dhesif Inc is, to this day, a benchmark in the woodworking industry for cabinetmakers and manufacturers in eastern Canada. The team strives to offer unparalleled service to all of its customers! In addition to being forward-looking, Abra-Dhesif Inc is ready to seize all of the growth opportunities that will arise in the coming years.